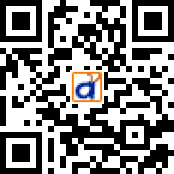 Continuous ambient measurements with aerosol time-of-flight mass spectrometry (ATOFMS) were made in an industrial/residential section in the northern part of Mexico City as part of the Mexico City Metropolitan Area-2006 campaign (MCMA-2006). Results are presented for the period of 15–27 March 2006. The submicron size mode contained both fresh and aged biomass burning, aged organic carbon (OC) mixed with nitrate and sulfate, elemental carbon (EC), nitrogen-organic carbon, industrial metal, and inorganic NaK inorganic particles. Overall, biomass burning and aged OC particle types comprised 40% and 31%, respectively, of the submicron mode. In contrast, the supermicron mode was dominated by inorganic NaK particle types (42%) which represented a mixture of dry lake bed dust and industrial NaK emissions mixed with soot. Additionally, aluminosilicate dust, transition metals, OC, and biomass burning contributed to the supermicron particles. Early morning periods (2–6 a.m.) showed high fractions of inorganic particles from industrial sources in the northeast, composed of internal mixtures of Pb, Zn, EC and Cl, representing up to 73% of the particles in the 0.2–3μm size range. A unique nitrogencontaining organic carbon (NOC) particle type, peaking in the early morning hours, was hypothesized to be amines from local industrial emissions based on the time series profile and back trajectory analysis. A strong dependence on wind speed and direction was observed in the single particle types that were present during different times of the day. The early morning (3:30–10 a.m.) showed the greatest contributions from industrial emissions. During mid to late mornings (7– 11 a.m.), weak northerly winds were observed along with the most highly aged particles. Stronger winds from the south picked up in the late morning (after 11 a.m.), resulting in a decrease in the concentrations of the major aged particle types and an increase in the number fraction of fresh biomass particles. The highest wind speeds were correlated with the highest number fraction of fresh biomass particles (up to 76% of the submicron number fraction) when winds were coming directly from fires that were located south and southeast of the city based on MODIS fire count data. This study provides a unique clock of hourly changes in single particle mixing state and sources as a function of meteorology in Mexico City. These new findings indicate that biomass burning and industrial emissions can make significant contributions to primary particle loadings in Mexico City that are strongly coupled with local meteorology.