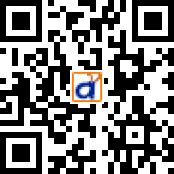 Scanning probe microscopes (SPMs) are instruments that measure properties of surfaces. They include atomic force microscopes (AFMs) and scanning tunneling microscopes (STMs). In their first applications, SPMs were used mainly for measuring 3D surface topography and, although they can now be used to measure many other surface properties, that is still their primary application. SPMs are the most powerful tools of our time for surface metrology, measuring surface features whose dimensions range from interatomic spacing to a tenth of a millimeter.

Scanning tunneling microscopy produced dramatic images of atomic lattices and atomic force microscopy broadened the technology to non-conductive surfaces. Development of atomic force microscopes has allowed scientists and engineers to see structure and detail with unprecedented resolution and without the need for rigorous sample preparation. Several advances have further extended this technique’s utility to a wide range of applications. Tapping Mode permits imaging of soft materials without damage to the sample and Lift Mode allows separate but simultaneous imaging of topography and other parameters, such as magnetic or electric forces, without cross-contamination. Phase Imaging has opened up the capability for mapping of surface compositional variations.