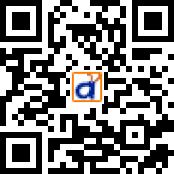 Background: High tolerance to ethanol is a desirable characteristics for ethanologenic strains used in industrial ethanol fermentation. A deeper understanding of the molecular mechanisms underlying ethanologenic strains tolerance of ethanol stress may guide the design of rational strategies to increase process performance in industrial alcoholic production. Many extensive studies have been performed in Saccharomyces cerevisiae and Escherichia coli.

However, the physiological basis and genetic mechanisms involved in ethanol tolerance for Zymomonas mobilis are poorly understood on genomic level. To identify the genes required for tolerance to ethanol, microarray technology was used to investigate the transcriptome profiling of the ethanologenic Z. mobilis in response to ethanol stress.

Conclusion: In this study, genome-wide transcriptional responses to ethanol were investigated for the first time in Z. mobilis using microarray analysis.Our results revealed that ethanol had effects on multiple aspects of cellular metabolism at the transcriptional level and that membrane might play important roles in response to ethanol. Although the molecular mechanism involved in tolerance and adaptation of ethanologenic strains to ethanol is still

unclear, this research has provided insights into molecular response to ethanol in Z. mobilis. These data will also be helpful to construct more ethanol resistant strains for cellulosic ethanol production in the future.